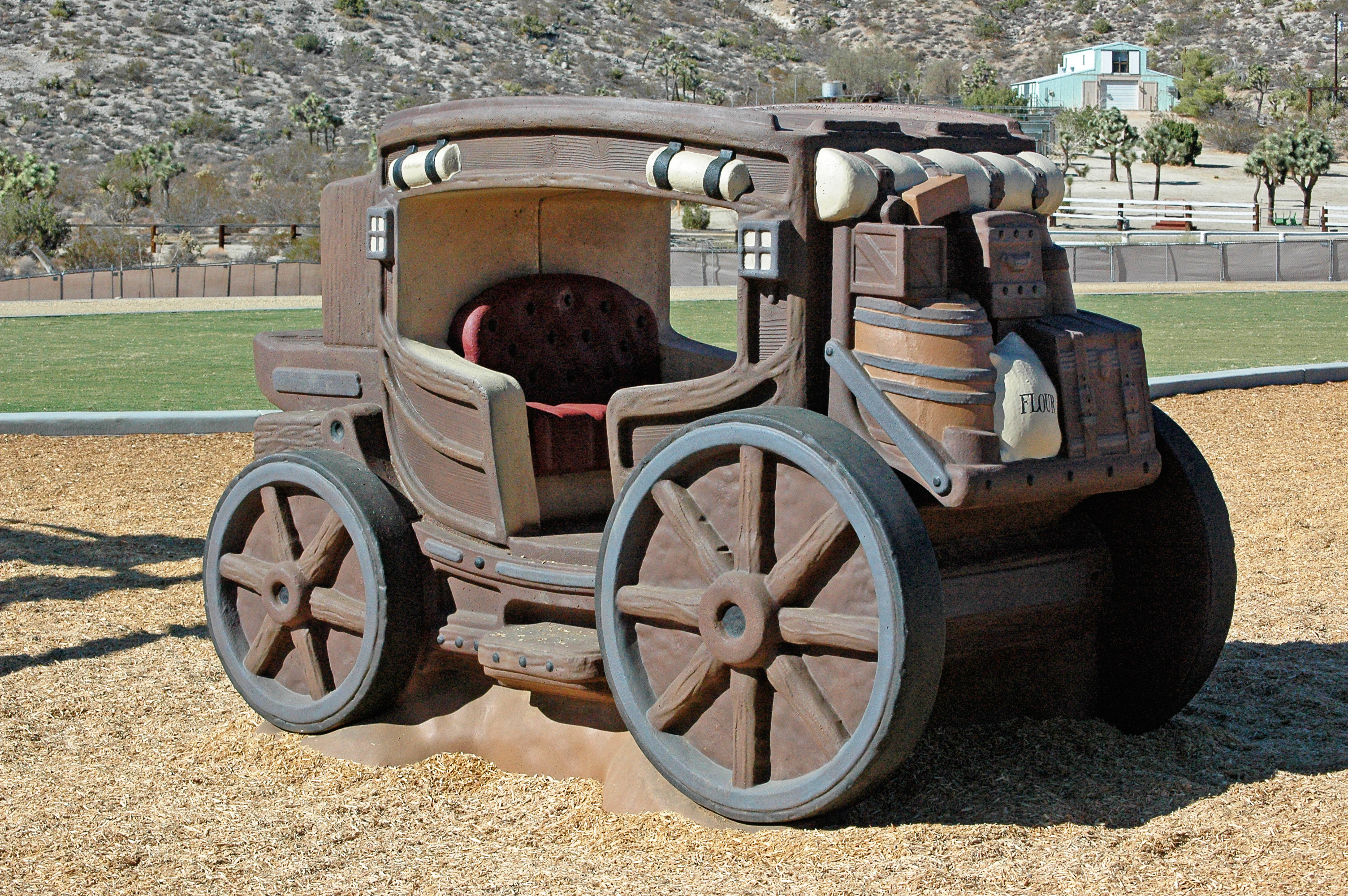 
www.universalprecast.com– This project initially started as a 30-acre community park for the town of Yucca Valley with a very conventional playground but had to be scaled back because of budget constraints. The town changed direction just prior to construction, deciding to include some themed elements that tied the playground in with the frontier history of the area. The area historically became known first as a mining town, then later for its cattle ranching. The valley was a major stage stop for bringing supplies to the region.The town determined that a stagecoach would be one of these playground pieces. The challenge was to produce a realistic, fun-for-kids playground piece while staying within budget constraints.As the modeling began, the design team at UPC Parks, a division of Universal Precast Concrete, realized that if the piece was broken up into several smaller casting pieces, they could incorporate more detail into the stagecoach.The design time for the stagecoach modeling was one month.

Production time was two months including pouring the concrete and assembly. The painting and detailing took two weeks.The realism attained through the intricate design and painting of each piece adds to the authenticity of the replica. The hollow passenger compartment is complete with fully textured seats and floor. The detailed cargo compartment, with its sack of flour, trunk, strongboxes, barrel, hat boxes and canvas roll-up bring to life the frontier area.The product was installed by simply using a crane to offload it from the delivery truck and place it onto the playground. Fiber material was used to fill up to the level of the wheels to give a realistic appearance as if it had been parked on the playground. 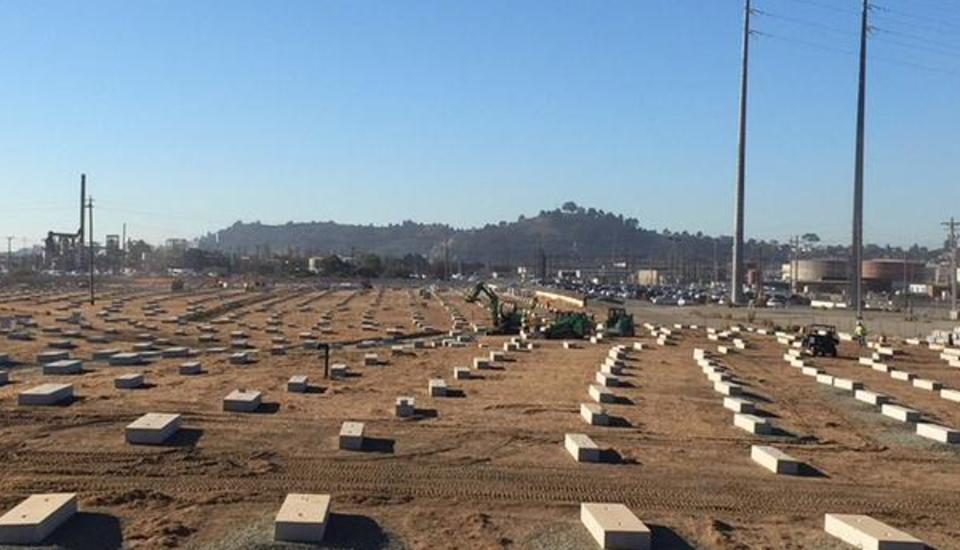