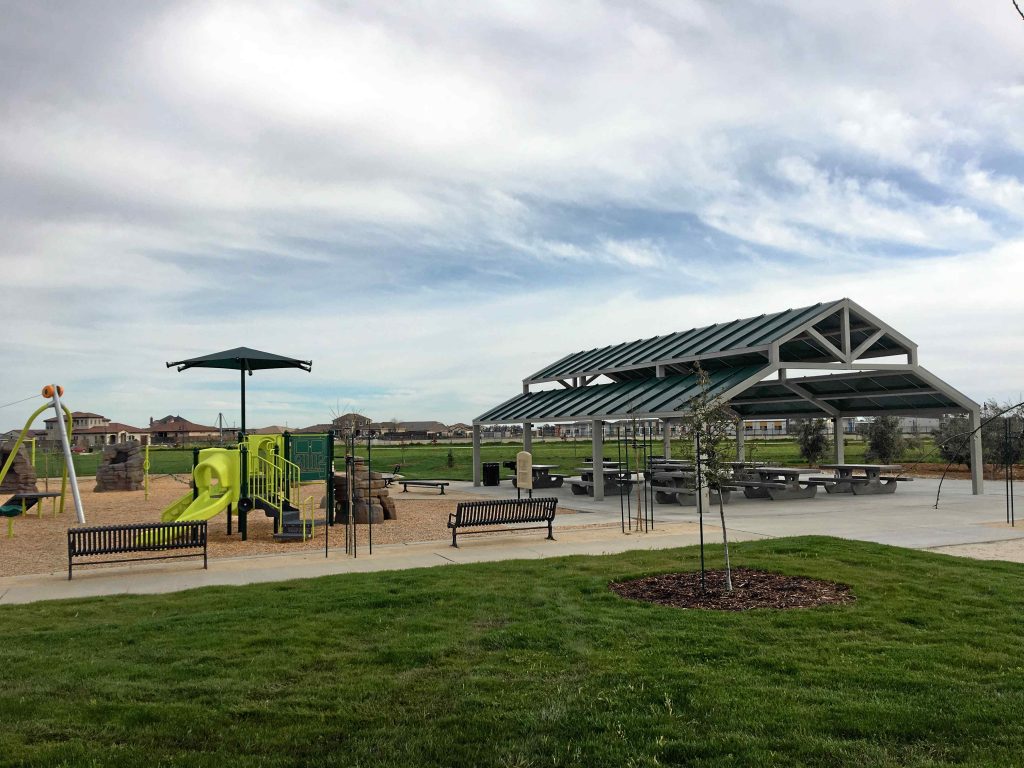 The Spring Lake area in southeastern Woodland will see for the formal grand opening of the city’s two news parks.

The Rick Gonzales Sr. Park and Spring Lake Park will be unveiled on Thursday and Friday, April 5 and 6, respectively, with activities for children, free tacos and other fanfare.

Rick Gonzales Sr. Park is a 10-acre site located on the corner of Miekle Avenue and Centennial Drive, south of East Heritage Parkway. Along with the activities that get underway at 5:30 p.m., there will also be a presentation by the Gonzales family.

The park is named after Rick Gonzales Sr., who was a respected community leader in Yolo County for more than 50 years. It was designed by Callander and Associates, and built by J.M. Slover Inc. 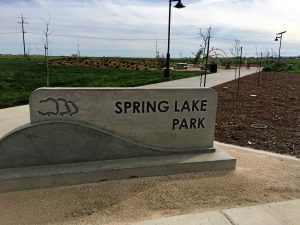 Spring Lake Park is a 2-acre park on the corner of Osborn and Shellhammer drives, that can be reached off Farmers Central Drive and is just west of Harry Lorenzo Avenue. That park’s grand opening is set for 5:30 p.m., Friday, April 6, and will feature children’s activities, free hot dogs and ice cream, a clown, and a short dedication. The event partner for this event is Lennar Homebuilders. This park was also designed by Callander and Associates and was built by Procida Landscape.

Rick Gonzales Sr. Park was originally known as Spring Lake N3 Park until September 2016 when it was formally named by the Woodland City Council after considering a number of alternatives.

Rick Gonzales Sr., otherwise known as “The Godfather” because he was involved in about everything in Yolo County and Woodland, according to family and friends, was a lifelong advocate of Latino causes. He served as president of the Pan American Club, was chairman of the city’s Parks and Recreation Commission and the only person in Yolo County to receive the Yolo County Bar Association’s Liberty Bell Award twice. He was also one of the founding members of Concilio of Yolo County and chairman of the Economic Opportunity Commission’s War on Poverty.

Gonzales was 85 when he died in September 2004 and has been commemorated by his son, Rick Gonzales Jr., through Concilio which annually awards scholarships to local teens as well as honors residents who have made a difference in race relations. Concilio was founded in 1970.

This also isn’t the first park named for Gonzales. For several years, the city recognized the park and fields adjacent to the Yolano Recreation Center as “Rick Gonzales Park.” This was during a time when the city operated programs at this park on Lemen Avenue. However, the city no longer owns the property and no longer schedules programs at this site, so the field no longer bears this name.

The contributions of Rick Gonzales Sr. have also been acknowledged by Yolo County, which named the Yolo County Department of Employment and Social Services in his honor at 137 N. Cottonwood St.

Spring Lake Park became the third park in the Spring Lake area when it was approved.

The first park is named after local sports figure Jack Slaven. It is also eight acres and was built in 2010.

All the parks are funded through Spring Lake improvement fees paid by Spring Lake developers at the time of construction. The parks — like other amenities in the area — were delayed for years because of the Great Recession, which caused a slowdown in housing construction, which meant less revenue for projects.